FEATURING TOTEMS AND ILLUMINISM BY:

TOTEMS (by Ariel Vargassal) - Inspired by the mural art movement that started in the streets of Mexico City called "Magic Naturalism" and influenced by  totemistic beliefs that are found in the regions of Africa, Arabia, Asia, Australia, Europe, the Arctic, and most commonly in the Americas, I am creating a contemporary take on the tribal inspiration of the totem, but with a minimalist approach. Totems explore the complex relationships between humans and animals, but more than being mythical creatures or stage props, totems allow us to fantasize about the possibility of communicating with animals, while at the same time, anthropomorphizing them.

As an artist, I ignored all of the superstitions and symbolisms that are culturally given to totems and only looked at their aesthetics. Finding what will work visually for my composition and by making the subject the center of the painting with no background, I aspire to create a narrative that explores the imagination of the observer.

ILLUMINISM (by Christian Gill) - In a world of forced retrospective, Illuminism provides the possibility of forward retrospection. It clears away the fog and allows the light to flow in. This clarity enables the viewer to project positively forward into the future, to see possibility and to understand reality as it exists. This view of the future irradiates a unified field of total existence in which our protagonist (figure) searches for universal truths.

The figure is disconnected and unconcerned with the present, facing toward the future, looking away not only from the present but an unchangeable past as well. The viewer comes to realize that the present is not a reflection of the past but a high-frequency resonance of the probable, projected future. The present is rather the occurrence of the expense of potential and the past is merely the exhaust or a remnant of spent potential. The energy-life-flow or “Current Existence” is therefore unidirectional from future to present to past – an inversion of the concept of time.

Illuminism attempts to express this through graphic depictions of the individual understanding the present by projecting positively into the future. 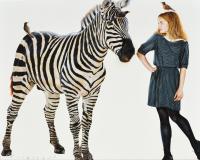