Born in El Manantial, Coahuila - just outside Torreon, Mexico – he came to the U.S. as a shy seven year old.

His work is defined both by his family roots in northern Mexico and by the subtle, mystical environment of his adopted home in West Texas. Alvarado’s creative process is immersed in this dual identity; he paints what he feels, which is his own self. On his canvas you will see the richness of his grandparents' folk tales alongside the adventures of the 'new life' created by his hardworking immigrant parents.

Alvarado’s paintings are infused with a quality that transcends time. He has become more sophisticated in his use of positive and negative space. Floral patterns activate the paintings and create a sense of embossed texture to clothing, the skin of animals, human figures and the landscape. He is attracted to the fine embroidery of lace, and he has collaged laced directly onto his oil paintings.

Through symbolism, metaphors, and pictorial language, Alvarado tells his story. 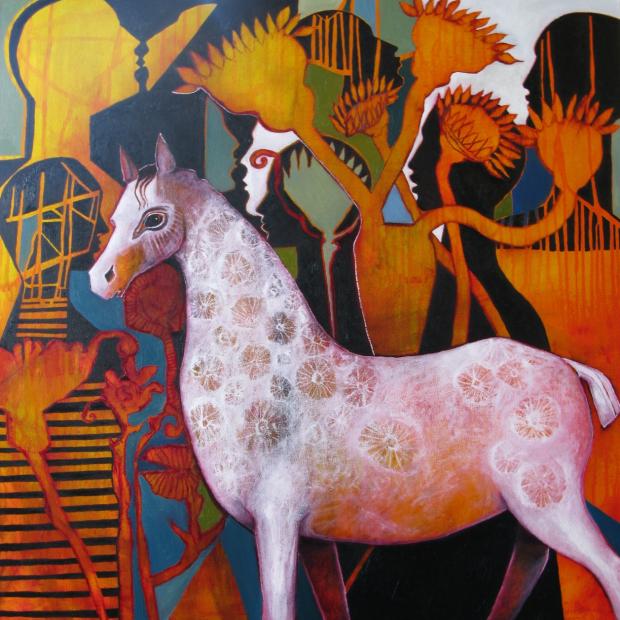 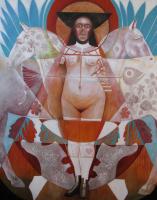 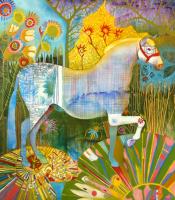 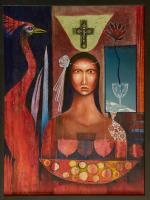