Rafael Hayashi was born in 1985 in São Paulo, Brazil and currently lives and works in his native São Paulo. He has studied Visual Arts at the University of São Paulo and graduated in 2010.

Conflicts between society and the individual are the central themes of his work. His ideas are extracted from his day to day living experiences in São Paulo. The struggle and the strength not to be consumed by this gigantic city are reflected in his paintings.

The shapes of the paintings emerge amongst impressive masses of paint, and then, as if it were sculpted, the ink is added and removed by hand and with pieces of fabric creating texture and exposure.

Hayashi’s work is influenced by his oriental heritage; his paintings have traces of ukiyo-e (Japanese print) as well as the most recent contemporary paintings with all the strength, precision and expressiveness. He is also influenced by great masters such as Cai Quo Quiang, Hiroshige and Yang Shaobin.

Since 2009, Hayashi was participated in solo and group exhibits in Brazil, Germany and Hong Kong. 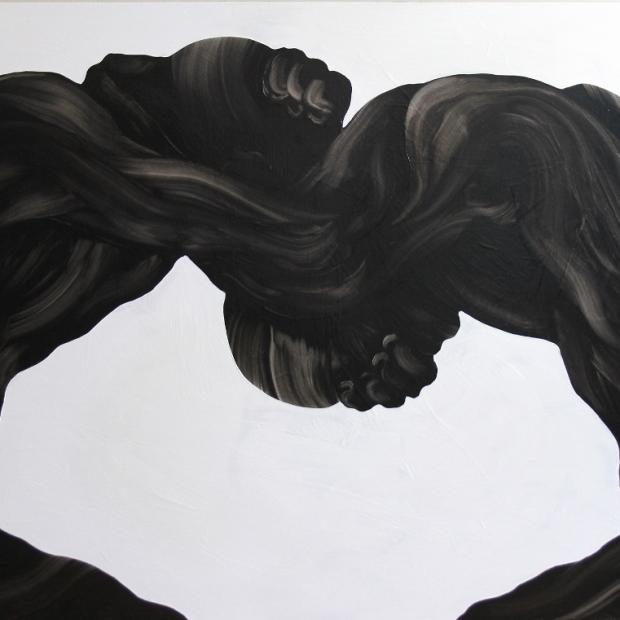